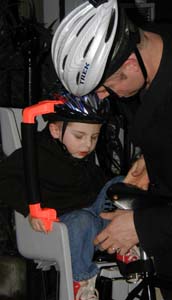 My old website will be expiring soon. So I'm cutting and pasting some of the old posts from there and tossing them in here.