Pu-Pu-Pu and a Whole Lotta of Brisket 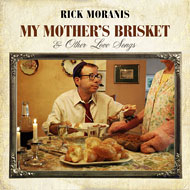 I'm not a fan of brisket (being mostly vegetarian), but I enjoyed Rick Moranis's paean to his mother's brisket in, well... "My Mother's Brisket," one of several fun songs on the album with the same title.  You can hear this song and two others online at the New York Times article on the album entitled, "Live Blogging the Bris? This Might Hurt a Bit." (Look to the left sidebar under the photo of the album.)

The other two songs are entitled "Belated Haftorah" (Which is a bit painful to listen to. But then again, so is sitting through a stumbling 13 year old's reading of Torah at their Bar or Bat Mitzvah.) and "Pu-Pu-Pu"(in which we catch up on all the latest gossip).

If you'd like to sample even more, check out snippets from the rest of the album on AllMusic.
Posted by barefootmeg at 5:00 PM No comments, Post a Comment 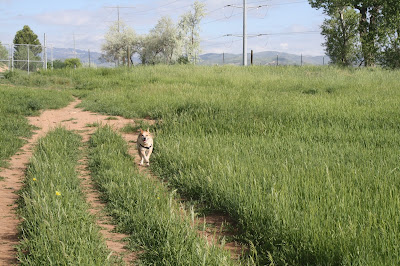 This past year I helped out in a double dip math class at our local high school. The students were all 9th graders who were behind grade level in math and needed to catch up. Because the goal is for every student in the district to complete Algebra by 9th grade (and they're pushing really strongly for everyone to take it in 8th grade), the students needed double the amount of math time. They first needed to catch up to where they should be with their pre-Algebra skills and then they had to complete Algebra 1 before year end. I went in every Monday to help them during their second period of math each day.

I knew several of the kids from middle school and had even helped in a math class that some of them were in back in 6th grade. So I liked the relational connection I already had with them, and the teacher that ran the class was a total crack up. I really enjoyed my times helping out. But I was also somewhat frustrated at the position these kids were in. I'd been involved in their middle school and knew that they had already been in remedial classes which were meeting double time just to get them up to speed. These kids weren't dumb. They were double-timing on Algebra and many were still getting these new concepts even at the faster pace. But even when they "got" the concepts, they were still getting problems wrong because they lacked some really basic math skills. Fractions were a continual mystery, no matter how frequently we reexplained them. Decimals were a bit of hocus pocus. And greater and lesser were still concepts they were trying to wrap their heads around. But they knew that a positive slope went up and a negative slope went down. They solved for x like champs. And they coud do lattice multiplication in their sleep. (They just had to use a multiplication chart along the way.) In other words, they seemed to be able to grasp the larger concepts despite having really shoddy foundation work. 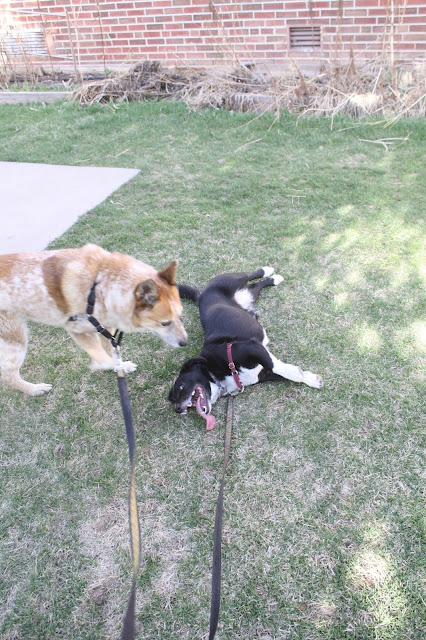 Yesterday as I was walking the dogs, we passed a mom and three kids at the park. The older two kids were busy smashing each other's sand castles and getting mad at each other over it. But the youngest was in a stroller by her mom and she called out "Puppy!" as we walked by. Her mom said, "That's right. How many puppies?... Two? Two puppies." The girl was probably only 3 years old and here her mom was teaching her math literacy. How did the mom know to do that?

When I was watching my nephew last week, he was eating carrots and chicken. He had three carrots in front of him on his high chair tray. It just came naturally to me to say, "Three carrots. One. Two. Three." And I pointed to each carrot as I said it.

I think that's what the kids in that high school class had missed out on. Was there anyone saying, "How many puppies?" when they were only three years old? Or were they learning that in kindergarten while all the other kids were beyond that point and cruising on to the concepts of large numbers (counting to 100) and adding numbers (2 puppies walking with that lady and 1 puppy walking with that man over there makes 3 puppies total).

How did that mom at the park know to do that? Why do some moms point out that there's two puppies when other moms just smile and say, "Yes, there's a puppy."According to Paul Tough in his book, Whatever It Takes: Geoffrey Canada's Quest to Change Harlem and America, parents learn that kind of behavior through their own parents, through their peers, and through reading parenting books and magazines. But many lower income parents simply don't know to do that. They're struggling to get by, focused on other things, or simply aren't in a culture that leads them to talk about early childhood education. Geoffrey Canada's program in Harlem sets out not just to educate children, but to change the culture in which they grow up - to teach value and methods of educating kids through regular life experiences.

I usually help out each year in the school my kids are at. I was a high school math teacher in my pre-parent days and being a parent helper in the classroom enables me to enjoy all of the one-on-one teaching bits without having to worry about discipline or planning. It's really a great gig. But I'm considering, for the first time since my kids entered preschool, helping out at a school that my kids have never attended. There's a local elementary school where these high schoolers I helped this past year used to attend. In some ways I felt like it was really too late to be helping those high school students. I think they're a great bunch of kids and they tried so hard to tackle Algebra. But without that foundation, it always felt illusory. So I'm considering going to where someone should have been 9 years ago for those high schoolers. Despite the fact that I know Algebra and can probably help out in a high school class that many parents might struggle in because they haven't used Algebra in decades, I think it might be worth some kindergartener's while for me to sit down with them and say, "Look at these puppies in this photo. How many puppies do you see?" It's a simple thing. But I hope that it could make the difference in some Algebra class 9 years from now.
Posted by barefootmeg at 8:39 AM 3 comments, Post a Comment

In an email from LinkedIn.com today, they highlighted an article by Adam Grant called, "The Bad Habits of Good Negotiators." It seems to me like a lot of what Grant writes is true not just in formal negotiations, but in relating to people in general.

Grant's main points boil down to:
1) "...the best way to earn trust is to show trust." Even just sharing a bit of personal information like where you grew up, or what your hobbies are, can help to build a sense of trust.
2) Rank your priorities so that the other person understands what's most important to you.
3) This one may be more true of negotiations than relationships in general, but Grant says it's better not to sequence the issues. In other words, if you focus on salary first and ignore the rest of the issues, then once the salary is resolved, it's off the table. It can no longer be used to help in the next part of the negotiation. On the other hand, if everything remains on the table, then you could adjust salary in order to compensate for a change to another part of the negotiation.
4) Do your research so that you're prepared to make the first offer. Then make the first offer. This acts as an anchor to the negotiations and it's better to be the one who picks where that anchor is going to rest. (This section was particularly good and well worth reading the article for.)

My husband, Rob, is a really good negotiator. I don't know how he learned these skills, but he does pretty much exactly what Grant describes here. When he works from home and is negotiating with another company through a conference call, I'm often privy to the whole conversation and I've marveled at his ability to diffuse a tough situation, his strength in standing his ground over non-negotiables, and his willingness to capitulate in areas that simply aren't as important to the company.

I think Grant's first point is one that I don't personally connect well with. Giving out superfluous information when talking with someone just seems wasteful and inefficient. But my husband does it all the time. At first it used to annoy me. He'd be adding extra information in a conversation with the barista at the coffee shop or in a conversation with a friend around the dinner table. In my mind, the information didn't need to be there. It wasn't that it was bad information to share (He usually chats about college degrees with baristas since many are college students. Or he'll throw in a tangential experience during a dinner table conversation.) it's just that the extra information, in my mind, detracted from the real issue at hand (grabbing your coffee and sitting down, or focusing on the item under discussion). But over time I've seen the powerful effect that his seemingly random spurts of extra information have brought about. People look forward to seeing Rob enter the coffee shop. They greet him with a smile and the good will they feel towards him spills over to our son who gets extra whipped cream on his drinks when he's there with his dad. While I'm trying to get an idea pinned down or a task finished, Rob is building good will with the people around him.

Over time I've tried to do what Rob does. I've tried making conversation when all I really want is to finish a transaction and get out of there. And it works. The positive good will helps future transactions go more smoothly. And there's that community building/networking thing going on at the same time that sometimes comes back around in positive ways of its own. It's not like there's always an immediate positive reaction to chatting a little and building trust. Sometimes people are just too busy to reciprocate and I just have to pat myself on the back for trying and not let it get me down. But I think that that trust building piece, as well as being the one to step out there first in an interaction and set the anchor, can be really beneficial to ourselves, our relationships, and our community. It's good stuff, and well worth reading Grant's post.
Posted by barefootmeg at 7:02 PM 2 comments, Post a Comment