Communism, Housing Codes, and Other Sorts of Villainy 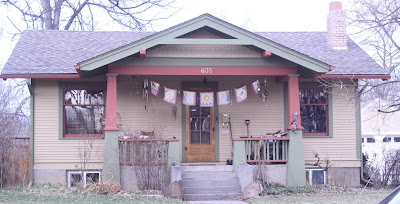 I live in Old Town, Fort Collins. The city was incorporated in 1869, but it didn't experience its first population boom until after World War I when many Craftsman cottages were built to accomodate the growing number of residents. So while we have a few Victorians and Queen Annes, the bulk of houses in Old Town are cute 1-story bungalows with wide front porches. 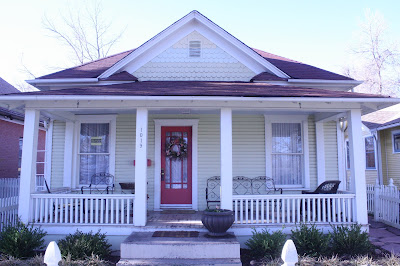 In the past decade there has been a fair amount of new construction going on. Some of the building is in the form of additions which keep the façade of the original house while adding space either back or up or both. But there's been an increasing amount of "scrapes" in which the old house is removed completely and a new house is built in its place - often 4 or 5, sometimes as many as 7 times as large as the original house.

Though some new construction fits right in with the existing houses, there are occasional examples of buildings that stick out like a sore thumb, substantially changing the character and feel of the neighborhood. These houses also cause other problems such as lack of solar access. The photo above shows one of my favorite examples of solar misdealings. Note that the new house on the right is built specifically to capture the sun to the south. The patio and porch are both located on the south side of the building and the bulk of the house itself is shoved as far to the north end of the lot as possible in order for the south side of the house to maximize its solar access. The older house to the north, as can be seen to the left side of this photo, is cast into shadow. (This photo was taken in mid-March, so though the shadow blocks sunlight to the southern end of the house, in winter the new construction blocks sunlight to a much larger percentage of the older building.) Loss of solar access is not only a problem for those with seasonal affective disorder, but it can also double heating bills as passive solar heating is blocked, and it can cause ice damns that can physically damage the structure.

Because of complaints from Old Town residents regarding the changing neighborhood, city council looked into the issue back in 2010. They passed an ordinance that would reduce the cap on housing size. But several real estate agents and builders led a petition drive to repeal the ordinance. They were successful in collecting the required 3000 signatures, representing 2% of the city of Fort Collins. Over 80% of the signatures were from people who didn't live in Old Town. The city council backed up and rethought their strategy. They decided they needed more citizen input and they needed to address more than just house size. They added character and solar access issues to what should be addressed, they hired outside consultants, and another year was spent drawing up a new ordinance. I participated in 5 of the 6 community input sessions and was quite pleased by the amount of input the consultants solicited in terms of determining the problems, goals and possible solutions. It was an excellent display of public participation, open to all, and conducted online as well as in person in order to accomodate as many local citizens as possible. 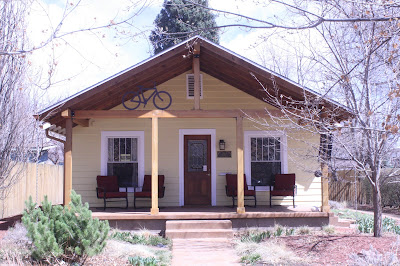 In March, the city council passed the new ordinance which made more modest changes to the overall house size limits and addressed the issues of solar access and design styles. Old Town residents were overjoyed. Though some of us thought the ordinance didn't go far enough in protecting our neighborhoods, we were still glad for some improvements to the current building codes. But several of the people who repealed the previous ordinance agitated to repeal this one as well. After we pointed out the involvement of real estate agents and builders, many of them took a back seat to the proceedings, but the repeal movement continued forward. A neighbor and I met with several other Old Town neighbors to brainstorm ways that we could encourage people not to sign the petition. We created a flyer that educates people about the new ordinance, we've talked with the local newspaper, and we've submitted letters to the editor.

Some of the discussions on the online version of the newspaper get a bit heated. But it's a recent post to the Facebook page of the repealers that really struck me as... stunning. A woman named Lynda, whose last name I've hidden, seems to feel that these added protections for residents of Old Town aren't just outrageous, but they're outright communism.

I'm not making this up. She really said that. That's why I took a screen shot.

I don't even know what to think. The goal of the ordinance is to protect people who live in Old Town from losing their sunshine, from having houses looming over their own, and from having the character that they moved to the neighborhood for obliterated. And that's communism? I apparently missed the explanation of communism in my economics class because I clearly didn't think it involved protecting a person's quality of life. In fact, my own relatives experienced communism first hand in Ukraine in the early 1900's. For them, it meant being shuffled off to Siberia and later being dumped back in Ukraine without a penny to their name. That seems like a far different experience than being told that you can't block all of your neighbor's sunlight with your new house.
Posted by barefootmeg at 7:55 PM 2 comments, Post a Comment 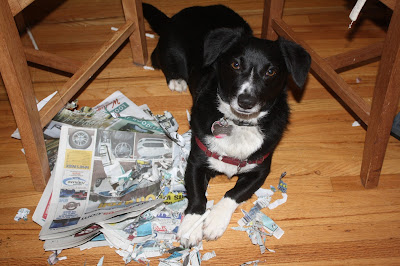