Natural Grocers is upgrading its guidelines for sourcing ingredients used in dairy products such as ice cream, cheese, and yogurt. The new guidelines will require that milk ingredients be sourced from dairies that provide animals with access to pasture and a natural diet of grass and forage. In addition, milk cannot be sourced from animals raised using non-therapeutic antibiotics, hormone treatments, growth promotants, or feed containing animal by-products such as bone meal, scraps and blood. 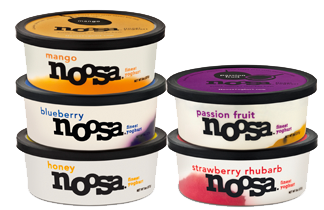 So they've gotten rid of a couple of the yogurt brands that we buy: Brown Cow and Noosa. Rob has been a Brown Cow fan since the days when he used to buy it at Rainbow Grocery in San Francisco back when it was located on Mission Street. (Which is another way of saying, "a couple of decades ago.) Noosa is a local brand, and it's tough not to be supporting a local brand. Then again, I want the best food product for my kids and if the local brand isn't the best, and there are better options out there, I'm open to trying them out.

Vitamin Cottage has been changing out the old brands with new, and some rather unique, yogurts that I'd never seen before. Traderspoint Creamery is served in single serving glass containers and their whole milk yogurt is really delicious. They're located in Indiana. I haven't tried their other flavors yet. We still have a banana mango flavored Traderspoint in the fridge that I'll probably check out tomorrow. I also bought some Dreaming Cow yogurts to taste, but I haven't dug into them yet. They're from Southern Georgia. 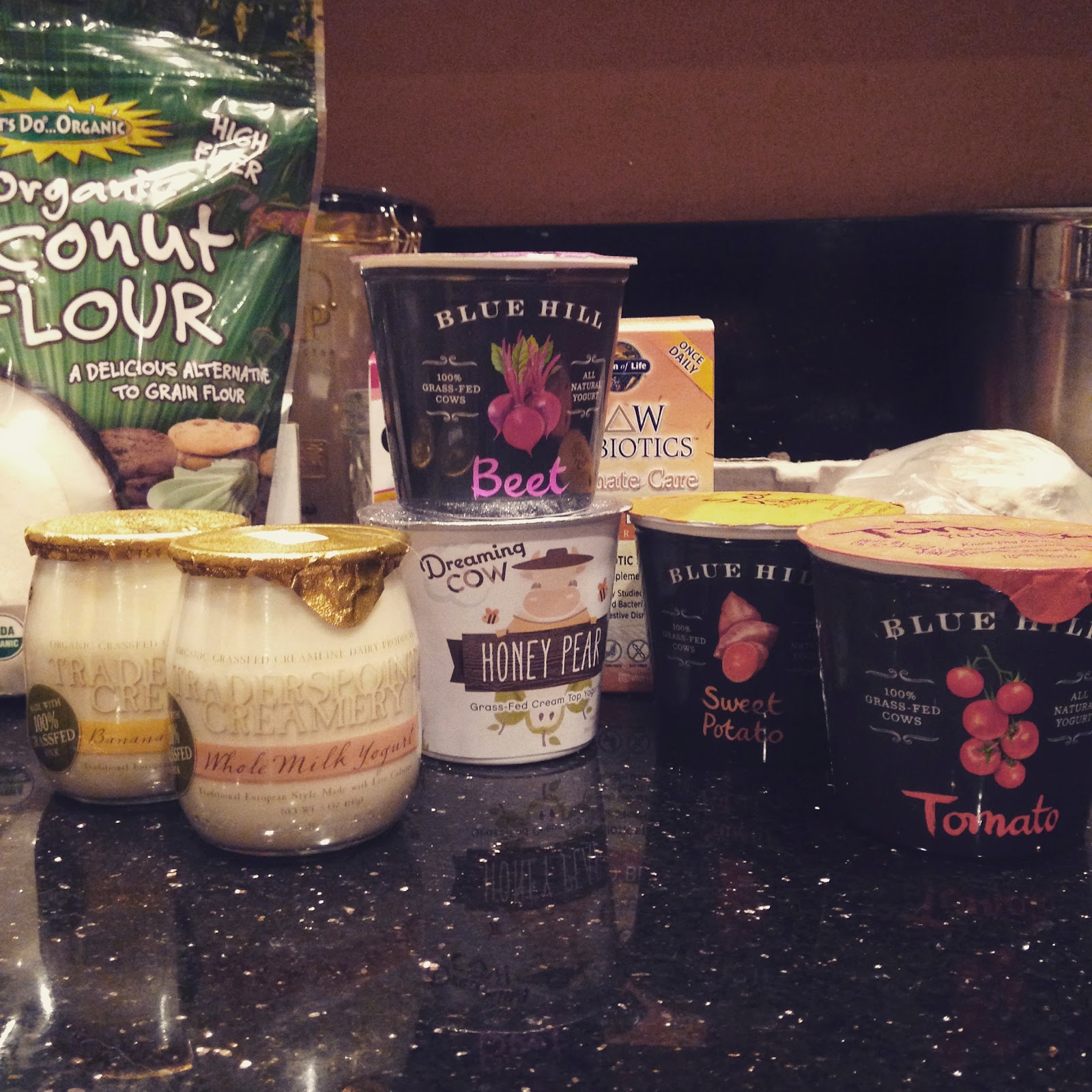 But for lunch today I pulled out the three most interesting yogurts and tested them out on the fam. We had Blue Hill's Tomato, Beet, and Sweet Potato yogurts. And wow! They were all much better than I had anticipated.

We started with tomato. I thought it was excellent. It had a subtle tomato flavor and reminded me of when you're eating lasagna and manage to snag a bite that's just ricotta and tomato sauce. Yum!

The rest of the family had the exact opposite reaction of mine. I don't know if it was the knowledge of what they were eating or if it was truly the flavor, but not only did no one else like it, but Rob had one of his characteristic over-the-top responses, which might have affected the kids' perceptions.

Second was the beet. Ironically, I didn't like this one as well in the beginning, but everyone else took to this one better. One of the girls went and grabbed the honey and added some in and I have to admit, that made the good yogurt into a really yummy yogurt.

Third was the sweet potato. There were no strong reactions one way or the other on this one. I suppose it was a bit like eating the filling from a sweet potato pie. I'm not a big enough sweet potato fan to go with this one again. It just didn't do anything for me. But I think I may buy tomato and beet again. I'd love to try them as a dollop of flavor on top of something else... like enchiladas or borscht. 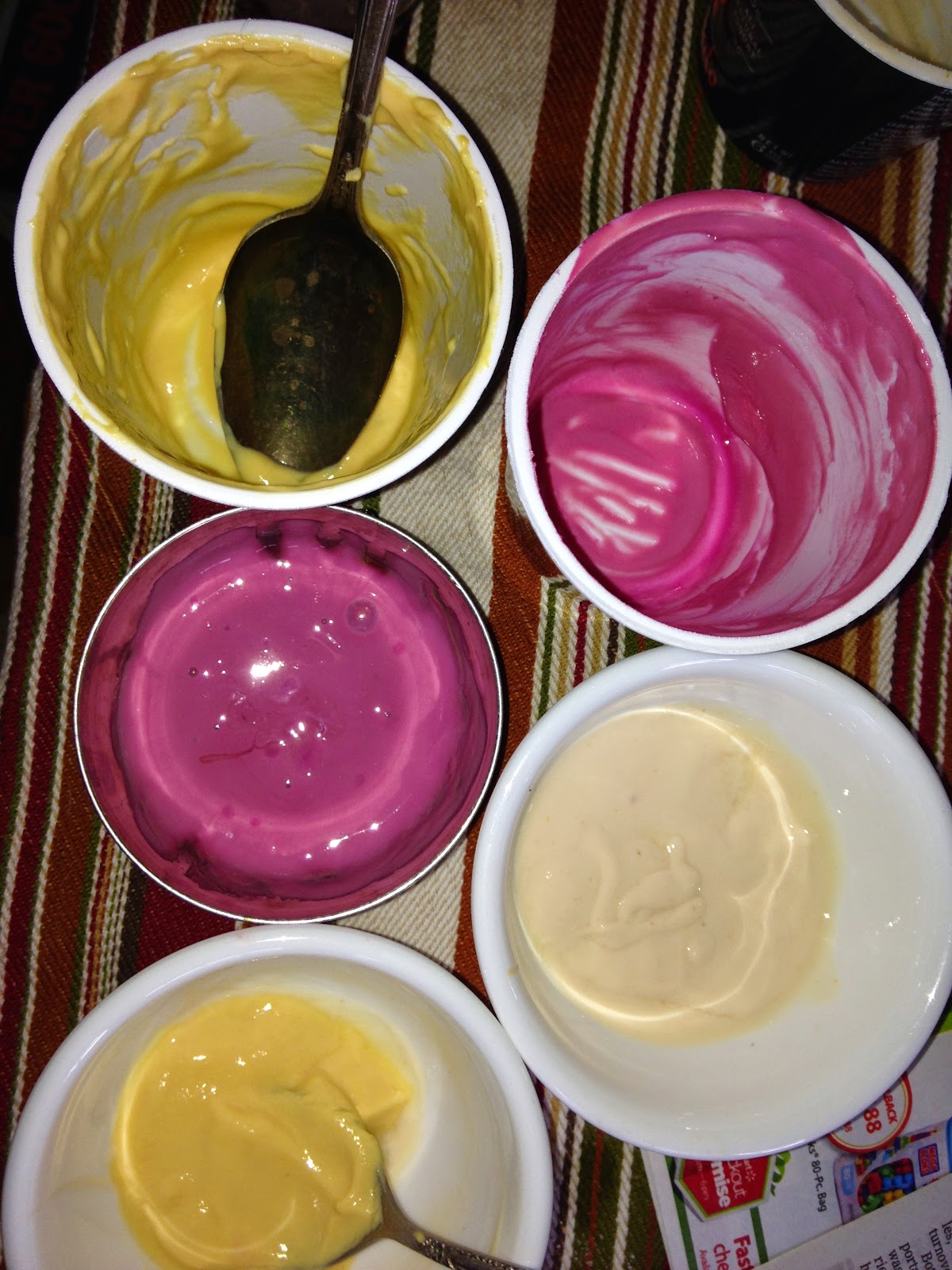 On the one hand, it's great having a whole new crop of yogurts to try out. Vitamin Cottage's decision to only offer dairy products from grass fed cows is going to open up a new market for small scale artisanal producers. I think that's wonderful.

On the other hand, though only one of the yogurts we used to eat regularly was local, none of these new yogurts are even close to local. I wish there were some options from closer to home. Hopefully more small producers will start taking heart that there is a market for products such as this and step in to fill our local void. (Then again, the argument in the newspaper is that we don't have the grasslands to support the raising of grass fed cows. Which could mean that something like this will never be a local product. I'd be curious to hear from local producers about their thoughts on this.)

All in all it was a fun experiment. As much as my family groaned and whined, I think they enjoyed trying out yogurts that were so unusual. And of course, any chance to roll their eyes at mom is time well spent.
Posted by barefootmeg at 8:25 PM No comments, Post a Comment