That's not what it means to be an extravert! 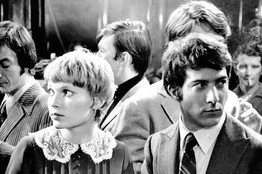 I've said it before and I'll say it again, extraversion does not revolve around liking to be with people. There are many extraverts in the world who can tire out an introvert in a New York minute and it has nothing to do with the former being more social than the latter.

+The Wall Street Journal had an article in last weekend's paper entitled, "All I Want for Christmas Is... A Little Space." I got as far as the second paragraph and then threw it down in disgust, grabbed my laptop and started pounding out these words. Here's what the author, Sophia Dembling, wrote in that second paragraph,


I'll admit that when people use the terms extravert (which they also often misspell, by the way. Jung spelled it with an "a" not an "o") and introvert, the above definition is increasingly the screwed up way that the terms are being defined. And I understand that language is dynamic and change happens. So fine, whatever, screw up the words however you prefer. But the more you screw them up, the less you'll really understand who the extraverts are and who the introverts are and why the person that drains the snot out of you is a very clear extravert even though they spend most of their time alone.

Let me start off by saying that there are four kinds of extraverts and four kinds of introverts. One type of extravert, the extraverted feeler (also written as Fe), is indeed energized by being around people. They want everyone to be happy all the time. They're party people. They'll walk up to a complete stranger and invite them to hang out for awhile. Being with people stokes their fires like you wouldn't believe. But there are 3 other types of extraverts who might be alright with the idea of being around people, but that's just not what makes their clocks tick. Extraverted thinkers (Te) love to accomplish things. They're consumate list makers who live to check things off that list. If being around people is on their list then sure, let's go hang with people. The pleasure there is not that the Te is with people, but that the Te can then check one more thing off their list. There are also extraverted sensors and extraverted intuitives. If you'd like to find out more about them, click on the "four kinds of extraverts" link above.

I encourage you to get to know yourself better in terms of understanding your own type. And I believe there's value in knowing and better understanding the types of those around you as well. But if you misuse the terms extravert and introvert, then it's quite likely that you'll end up mistyping yourself and others and the whole personality types thing will be a meaningless pile of horse dukey for you. I'm sure you've met people before that say, "Those personality tests don't work. That's all just a bunch of hooey." They're right on... if you're going to use the words to mean whatever the heck you want them to mean. In that case, you might as well not even bother.
Posted by barefootmeg at 10:02 AM No comments, Post a Comment