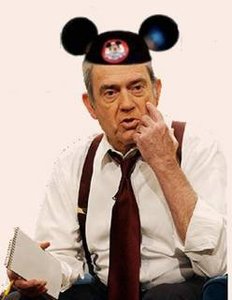 This month's issue of the Atlantic (hmmm, didn't it used to be the Atlantic Monthly?) includes a list of some classic Dan Ratherisms. I don't watch television news, so I don't really have any opinion on the man, but some of these quotes are hilarious.

"Are your fingernails beginning to sweat?"

"Let's hit these biscuits with a dab of gravy."

"I know that you'd rather walk through a furnace in a gasoline suit than consider the possibility that John Kerry would lose Ohio."

"This race is as hot and tight as a too-small bathing suit on a too-long car ride home from the beach." (love it!)

"Frankly, we don't know whether to run, to watch, or to bark at the moon."

"Turn the lights down -- the party just got wilder."

"He swept through the South like a tornado through a trailer park."

"When the going gets weird, anchormen punt."