Emotions require too much bandwidth for this T

Thinking and feeling are the decision-making (judging) functions. The thinking and feeling functions are both used to make rational decisions, based on the data received from their information-gathering functions (sensing or intuition). Those who prefer thinking tend to decide things from a more detached standpoint, measuring the decision by what seems reasonable, logical, causal, consistent and matching a given set of rules. Those who prefer feeling tend to come to decisions by associating or empathizing with the situation, looking at it 'from the inside' and weighing the situation to achieve, on balance, the greatest harmony, consensus and fit, considering the needs of the people involved.

In the Meyers-Briggs Personality terminology, Thinking and Feeling are two different ways that people make decisions. (Sensing and Intuition are how people take in data. Thinking and Feeling are how they act upon the data they've taken in.) But I think there's another aspect to this whole T/F thing that I've never heard talked about anywhere (except in Meirav's recent post, which I think was in part a response to something I'd said in another one of her posts, which I can't find now). 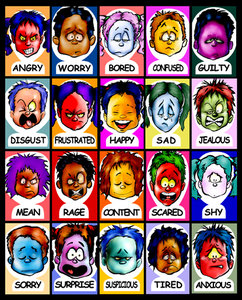 It seems to me that there's an energy or "bandwidth" component to this as well. I've often heard Introversion vs. Extraversion explained in terms of energy. If new people or places energize you, then you're likely an Extravert. If you're drained when you're with people and energized when you have time alone or with a few close friends, then you're likely an Introvert. But what if you're hanging out with someone that you're very comfortable with and who you like to be with, but you can't handle too much time with them if they're emoting a great deal? I don't think it's just a "T's don't like emotions" sort of thing. I think there's something deeper.

I know that when I'm confronted with a great deal of emotion, especially negative or depressing emotion, I just get to the point where I want to hide away in a closet and be alone. It's the same reaction I have to being forced to hang out with a jillion strangers, only it's actually more profound. The crowd of strangers makes me feel very uncomfortable and awkward and out of place and I want to hide away mostly so that I can feel normal again. But the outpouring of emotions, even from someone I'm close to, can make me feel weary, and even somewhat trampled and injured. It's then that I want to hide away in order to heal. 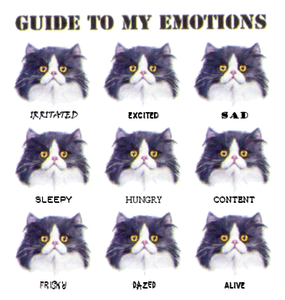 Overwhelming positive emotions can be a bit... ewey, too. People tend to be a lot less effusive when they're happy (either that or I just don't hang out around places where people are over-the-top happy -- like San Francisco has been over the past couple of weeks), so I think that's the main reason I deal with it better. But I still feel sorta slimed, sometimes. It's like someone is taking something that's intimately theirs and shoveling it on top of me. It doesn't make me feel really good.

Having said all this, you probably think I hate emotions - period. But I don't think that's true. There are times when emotion is beautiful or deep or touching or bonding or able to express something in a way words simply don't. I can appreciate that. I understand that. I get it. Emotions have value. But too much emotion quickly undoes all the good and leaves me wanting to crawl into bed with a good (but not too emotional) book and block the world out. That feeling of overwhelming weariness hits me and I just can't handle the emotional stuff any more. I get lethargic and apathetic and want to give it up for the day.

... Then someone tosses a good metaphor my way, or an interesting idea, or a logic puzzle, and suddenly I have the energy of a kitten after a nap who has just found a ball of yarn. Suddenly I'm awake and invigorated and my mind starts moving at the speed of light.

I'm still not certain that this is strictly a T/F distinction. I'm surprised that I can't find anything about this online. (Anyone have a good link for me?) I'm curious to hear what your thoughts/experiences are.

There's also the flip side - my emotions and how I express them. (I found the cat picture while googling for images on emotions and couldn't resist including it. I think T's are often read as being emotionless, even though from the inside looking out, we feel that we have quite a range of well expressed emotion.) Expressing emotion can be just as draining for me as responding to someone else's emotions. I'd much prefer to express my emotions in private. In public, if someone talks to me about hard and emotional issues (like how Nathan's doing) I spend half my brain power wondering what kind of emotive expression they're expecting from me and how I'm supposed to manage that. Will they think I'm cold and uncaring if I just nod and agree that things are hard? Do I have to get moist eyes or even shed a tear? Should my voice quiver? Will they hold it against me if I just give my "I'm not sure what I'm supposed to do right now" grimace?

What I find particularly hard is the divergence between the need of some people to emote and my inability allow them to emote without feeling pulverized by it all in the end. I do it. I know my dear friends, and daughters, need time to emote and they want to do it with me because we're close. It's really a privilege and I realize that. It's a good thing. And yet it's hard. Why does it work that way? How can I make it less painful on my end? How can I still be a good listener/emotion-receiver for them? What's the trick? Any ideas?
Posted by barefootmeg at 12:34 PM 15 comments, Post a Comment 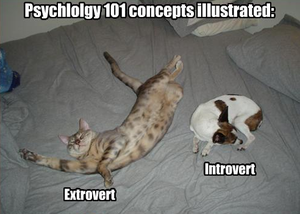 I just found the following on a Wikipedia page, of all places. It's one of the best descriptions I've seen delineating the differences between Extraversion and Introversion.

People who prefer extraversion draw energy from action: they tend to act, then reflect, then act further. If they are inactive, their motivation tends to decline. To rebuild their energy, extraverts need breaks from time spent in reflection. Conversely, those who prefer introversion expend energy through action: they prefer to reflect, then act, then reflect again. To rebuild their energy, introverts need quiet time alone, away from activity.

The extravert's flow is directed outward toward people and objects, and the introvert's is directed inward toward concepts and ideas. Contrasting characteristics between extraverts and introverts include the following: