Home is a Private Place? 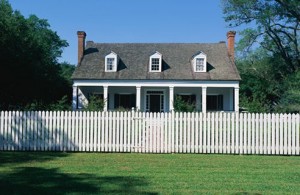 I grew up as an Air Force brat, so we moved around every 3 or 4 years and I got to see various parts of the country (mostly mid-west, east and west. My dad wasn't stationed in the south until after I'd gone off to college.). Eventually patterns of behavior became clear to me. Easterners do this. Coloradoans are this way. In Michigan, people expect this. I don't know how accurate my viewpoint was, but it was true for my experiences at least.

When I moved to San Francisco from Detroit, one of the biggest differences in how people interacted had to do with the home. In Detroit, when you wanted to hang with friends, you generally grabbed a six pack and headed over to another person's house where you'd sit around playing Euchre and drinking beer. You might go out and do something together outside of the home, but more often than not, hanging out meant hanging out in someone's dining room or living room. Not so in San Francisco. Not only did people hug you there All. The. Time. till it drove you nuts. But they also rarely invited you over to their place. Instead "hanging out" meant meeting up in a café or club or restaurant. (And having a pot luck meant everyone stopping by a restaurant or grocery store on their way to the event to pick up some pre-made grub.)

I just assumed that these were regional differences influenced by the cultural differences of the two cities. The Detroit area is made up primarily of middle class families who don't have the money to pay for a latte every time they get together with someone. San Francisco (even back in the mid to late 90s) was full of single, 20-something professionals who loved nothing better than to pay other people to make overpriced drinks for them. But this morning I hit upon this paragraph in Ty Grigg's post on pastoral visitations:


Home is a private space.  It is not a cultural norm to have neighbors or even friends over to our homes for dinner.  If we want to be with people, we go out.  The restaurant has replaced the space that home once occupied in society.  Typically, for younger generations (40’s and under), a visit will be at a coffee shop or to grab lunch.  In our suburban isolation, the home is too much of an intimate, sacred space for most non-family members to enter.

Ty makes it sound like this is just the norm in America these days. He's writing from Long Grove, Illinois, which I would think would be culturally closer to Michigan than California.

So I'm wondering, do you believe this is true? Has "Home" has become a private space? Is it no longer a cultural norm that we would invite friends and neighbors into our homes? What do you think?
Posted by barefootmeg at 9:22 AM 1 comment, Post a Comment