Next year my youngest two will be moving on to high school. Today was the end of the year awards ceremony at their middle school to honor all of the kids who excelled or greatly improved throughout the year. Scholarships and other awards are also given out. Last year the principal started giving out a distinguished service award. The first year it went to Bobby Young, the vice principal who was leaving to be a principal up in a mountain district. I was so pleased to catch him mopping up the floor after a game at the same event where he was given the award. It just embodied the kind of guy he is.

I was asked to come and be paparazzi for the event (which is one of my usual tasks at school events). I had a copy of the program and was trying my best to follow along so I knew who I was photographing as the awards were given out. Then I saw the last award for the day, the distinguished service award. My name was next to it. I was instantly teary eyed.

Before the second to last award was given out, Mr. Mac came over and asked if he could photograph the next kid. I knew what he was up to. So I photographed the next kid and then handed him the camera. These are the photos he took. Thankfully he didn't catch me wiping my eyes. :-} 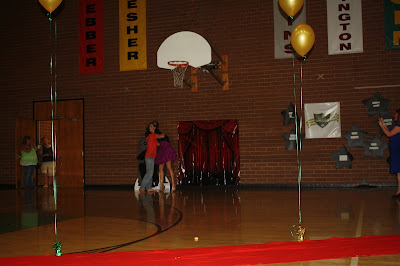 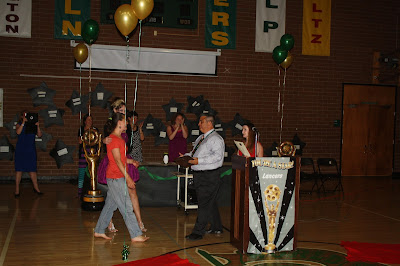 Michaela walked me over to Don at the podium. 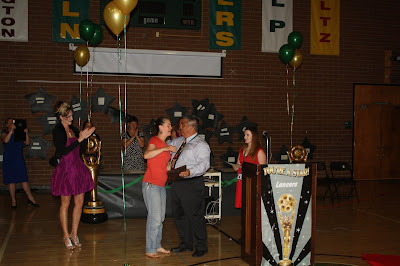 He was going to try to shake my hand. Silly man. This deserved a hug. 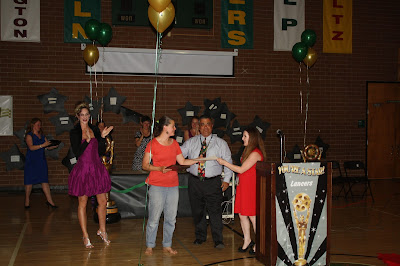 Anitra handed me a plaque with my name on it. My name! Like they'd planned this or something. 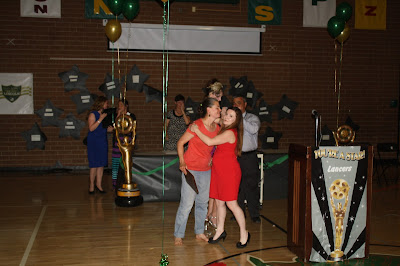 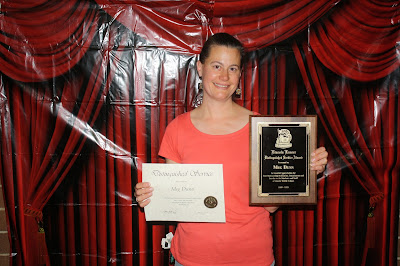 This is where I was photographing all the kids as they got their awards. Mac had me pose as well.
Thank you, Lincoln! I've enjoyed every minute of my time with you. I love hanging out with the kids at lunch. You teachers are the best! Hugs all around. :-)