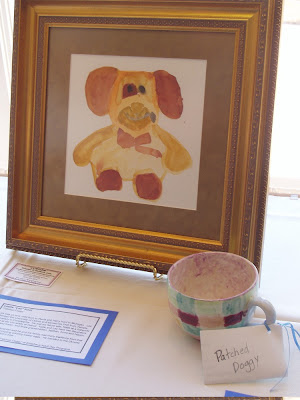 This is my dad's entry for this year.

For the fourth year in a row my dad's art entry has been accepted by the Northern Colorado Memories in the Making Auction. The auction is a fund-raising event by the local chapter of the Alzheimer Association.

Elder Care facilities from all over Northern Colorado have those in their care draw or paint pictures which are then submitted. The idea is that through art, these seniors can preserve some of the memories that are slipping away from them. (Since we live in an agricultural area, there are often farm scenes as well as farm animals.)

The auction is held in June, but as a thank you to all of the artist's whose works were accepted, there is a tea in early May. Artists and their families are welcomed and all of the art pieces are on display. This year there were also mugs pair with each piece. One of the sixth grades in the area was given color photocopies of each piece. The students were allowed to pick a piece that spoke to them and then make a mug to match. This gave the kids a chance to learn more about dementia and the mugs were then given to the artists as a thank you. They were very well done and it was a touching gift. Though the artists themselves, like my dad, may have no interest in or even recognition of the gift, it's a nice momento for the families.

To see pictures that my dad has done for previous auctions, click here. 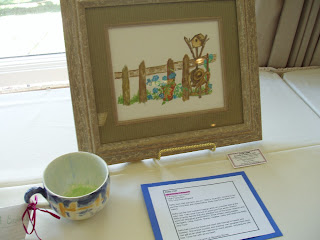 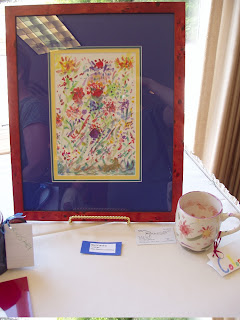 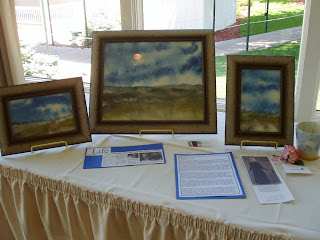 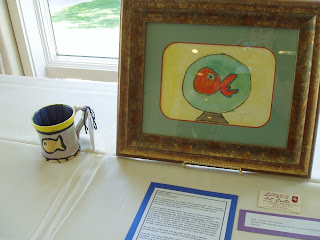 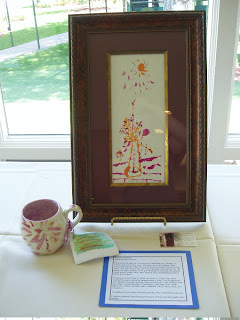 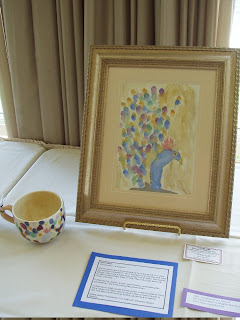 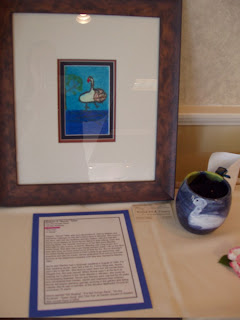 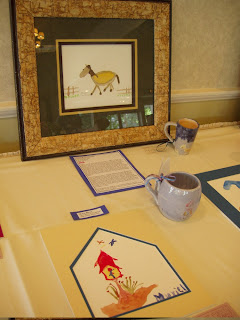 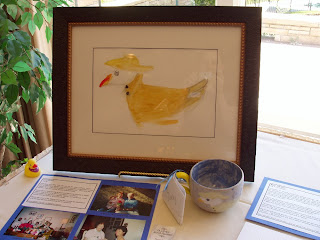 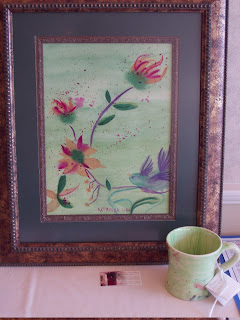 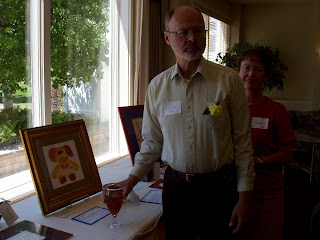 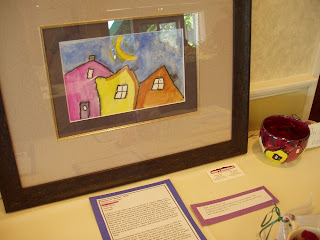 Posted by barefootmeg at 8:38 AM